The number of conspiracy myths and fake news has been skyrocketing at an incredible rate, and not just since the COVID-19 outbreak. However, the global pandemic has accelerated this trend. Social media platforms in particular provide an excellent breeding ground for their dissemination. These developments now have the potential to damage the very foundations of democracy. And large-scale digital disinformation campaigns can represent a major source of danger for the respective democratic processes, especially with regard to national and international elections.
Information systems are influenced by both social and technological developments. In the past decade, social media platforms with their influencers have continuously penetrated the traditional gatekeeper media bubble. It is because of this that influencers are in a constant process of politicization, with growing responsibility for their influence on their own communities. Other relevant stakeholders in the digital information ecosystem from politics, the traditional media, and civil society also bear a great responsibility in dealing with and containing fake news, conspiracy myths, and targeted disinformation.
While these different groups should be well networked and jointly engaged in the fight against deliberate misinformation and manipulation, there often seems to be a fear of contact and an accompanying mutual skepticism, especially between social media influencers and the “classic” stakeholders. The workshop series aimed to close this gap and create a transparent, lively and fact-based information ecosystem. Mutual exchange, combined with a constructive dialogue among all relevant stakeholders from this field, is more important than ever, especially in view of the federal elections that took place at the end of September 2021. The aim of this dialog was the formation of a joint and mutually beneficial alliance against digital disinformation campaigns with regard to the German federal elections and beyond, which would ultimately benefit democracy in Germany in particular.

Based on the findings of four workshops and one public discussion between German social media influencers experts, representatives of traditional and modern media, and academics, Aspen Germany published recommendations for policy-makers, social media platforms, and influencers on how to alleviate the problem of disinformation online.
Stormy-Annika Mildner, Daniel Kirchhof, Eva Mattes, Linda Jäck and Moritz Ludwig: Engaging German Influencers – Call for Action; Action Report, March 2022
InfluencersInfluencers on social media are no longer solely relevant in the communication and marketing strategies of companies but are also gaining importance in the political information ecosystem. As such, influencers share or post political content, make recommendations for whom to vote, or even act on behalf of political parties. In order to act apprehensive of their ethical and political responsibility and influence and take advantage of their reach to campaign against hate speech and disinformation, influencers should:
1) take responsibility and develop an ethics code
2)comply with the legal framework
3) prevent the spread of disinformation
Policy-makers In principle, specific laws and initiatives already apply to platforms to combat and curb disinformation, including the planned European Digital Services Act. There is, however, a political consensus that additional measures are needed to combat disinformation. Given the rising threat of disinformation, policy-makers should:
1) effectively implement the Coalition Agreement of the new German government regarding disinformation and hate speech
2) raise awareness among politicians and political decision-makers for their own role and multiplier effect online
3) modernize the digital communication strategy of the federal government
Platforms Social media platforms have been making their own efforts to prevent disinformation within their networks. Measures include cooperating with influencers, fact-checkers, civil-society campaigns, use of clear names, or even blocking or removing accounts. Nevertheless, disinformation continues to be a major issue in the digital space. Thus, Social Media platforms should:
1) formulate guidelines and provide training for influencers
2) act consistently and punish the breaking of rules regarding disinformation and hate speech
3) edit algorithms – defeating bias
For our full recommendations and background on the significance of influencers and other actors in the fight against disinformation please refer to our publication.

In the first workshop, we discussed basic questions of self-perception, the understanding of one’s own role and the role of other actors in the information ecosystem, in particular the responsibility towards voters/followers and readers. Thereafter, we talked about our own experiences with fake news and disinformation in our daily work and  focussed on getting to know each other.
Three aspects stood out at the end of the first workshop:
1) The questions about (social) “responsibility”;
2) The possibilities for cross-actor cooperation, especially – but not exclusively – with regard to the exchange between journalists and influencers;
3) Critical engagement with the algorithms of social media platforms and the resulting effects (including the formation of bubbles, preference dynamics vs. discursivity).

The second workshop was devoted to a more in-depth discussion of the three core topics raised in the first workshop. It was held in moderated small groups. The sessions on platform regulation dealt with the gray areas of disinformation and there, above all, with the question of who bears responsibility for it: platforms, legislators, platform councils, or the individual? The second session dealt with the possibilities and potentials of cross-actor cooperation in the fight against disinformation. Based on the participants’ everyday experiences, creative solutions for such collaborations were presented and discussed. The third session addressed questions of individual and collective responsibility: Who is responsible for preventing disinformation and misinformation on social media platforms? Is there a need for a code of conduct for actors in the digital space? And who should develop such a code of conduct?

The third workshop was opened by two keynote speeches. Semjon Rens, Public Policy Director, Regulatory and Economic Policy for the D-A-CH countries, Facebook, described the Bundestag elections from the perspective of a social media platform and addressed the influence of social media platforms on the election campaign. Lena-Maria Böswald, Program Associate at Democracy Reporting International, presented the results of her project “Social Media Dashboard” in cooperation with the Tagesspiegel.
The moderated breakout sessions were devoted to:
1) Mysogyny – misogyny on the net, moderated by Christina Dinar, Junior Researcher Platform Governance at the Leibniz Institute for Media Research, Hans Bredow Institute, Hamburg.
2) The responsibility of social media using the example of TikTok, moderated by Fabian Walter, tax expert and content creator on the TikTok channel @steuerfabi.#
3) Dealing with conspiracy theories, moderated by Mathieu Coquelin, head of the Fachstelle Extremismusdistanzierung (FEX) at the Demokratiezentrum Baden-Württemberg and Sarah Heinisch, consultant at the Landesmedienzentrum Baden-Württemberg (LMZ).
In the final discussion of the results, three central points were ephasized:
1) Structural problems such as misogyny and discrimination must be solved structurally.
2) The responsibility for this lies both with the platforms themselves and with the influencers, content creators, and users.
3) There is a high awareness of the above issues, but solutions must be found structurally and in the interaction with platforms.
4) More has to be invested in media literacy , especially for the younger and youngest users of social networks.

On Dec. 15, 2021, the fourth workshop of the project “Engaging German Influencers” took place. The focus was placed on the four central topics that stood out in the previous meetings: Misinformation, hate speech on the Internet, forms of discrimination and conspiracy theories, and how to deal with them. The goal of the workshop was to develop recommendations for political decision-makers, media-representatives, and tech actors.
Against the backdrop of the newly formed federal government in Germany, the internal part of the workshop was devoted to developing recommendations for action for the federal government, the major gatekeepers and tech platforms, as well as influencers and content creators. In the second part of the workshop, participants discussed the future digital policy of the new federal government with Mario Brandenburg, spokesperson for research, technology and innovation of the parliamentary group of the Free Democrats, and Nadine Schön, deputy parliamentary group leader for digital, education and research of the CDU/CSU parliamentary group.

Speakers and Moderators of our four Workshops

The panel was comprised of:

The discussion was moderated by Dr. Stormy Mildner, Executive Director of Aspen Germany.

Background: More and more people are consuming information and news (almost) exclusively via social media platforms. Influencers and content creators are thus becoming increasingly important as opinion makers and agenda setters. Due to a large number of followers, likes, shares, subscriptions and downloads, a high degree of credibility is often attributed to them. In light of fake news and the rise of conspiracy theories, it is all the more important to take a closer look at the role of social media and influencers in shaping political opinion and will. The project is made possible through the kind support of the Open Society Initiative for Europe (OSIFE).

The Aspen Institute Germany would like to thank the Open Society Foundations – the premium partner of this workshop series – for the cooperation:

The Aspen Institute Germany would like to thank the Heinrich Böll Foundation, the intellectual partner of this series:

We would also like to thank our cooperation partner Reachbird for their valuable support: 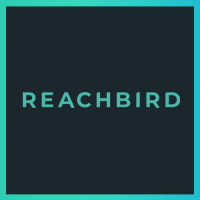