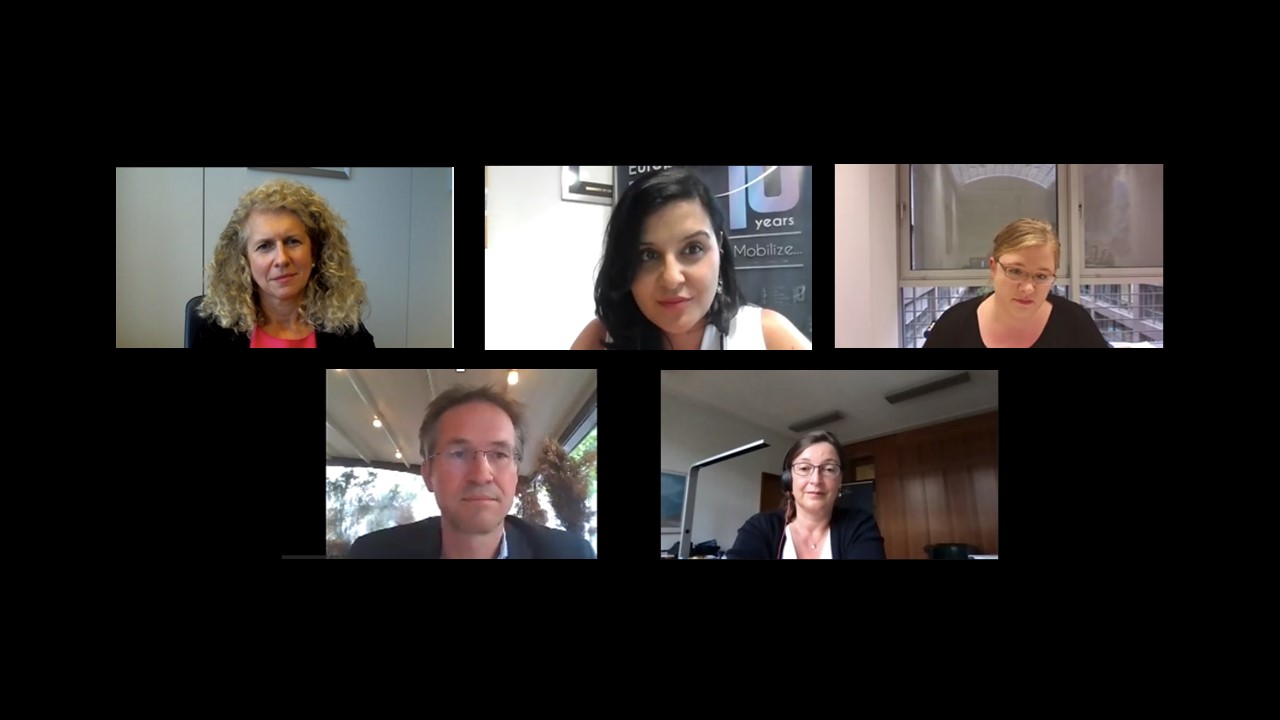 On September 15, 2021, the Aspen Institute Germany hosted an online discussion on the topic “EU Integration of the Western Balkans: How to Revive a Stalling Process?”. Simonida Kacarska, Director of the European Policy Institute in Skopje (EPI) and Member of the Think for Europe Network (TEN); Gerald Knaus, Founding Chairman of the European Stability Initiative; Michela Matuella, Acting Director Western Balkans, DG NEAR, European Commission, and Sabine Stöhr, Director for the EU Financial Framework and EU Policies at the German Federal Foreign Office, shared their thoughts about the future of the EU integration process for the Western Balkans. The discussion was moderated by Valeska Esch, Deputy Executive Director and Program Director Europe of the Aspen Institute Germany.
Different ideas on how to reinvigorate the process and whether new interim steps are needed were at the center of discussion. One suggestion to revive and to strengthen the transformative character of the process was to turn it into a two-step process during which the region would be integrated into the European Single Market before gaining full membership. Another idea put forward was the concept of a differentiated integration with interim steps based on the progress of single countries in order to overcome an increasing fatigue by the citizens with the current process. On the other hand, concerns were voiced that a differentiated integration or inclusion in the European Economic Area could be interpreted as softening EU benchmarks or the goal of full membership and might not generate enough attraction to induce the stalling reforms. It was also argued that several of the ideas put forward were already included in the new methodology, which has just begun to be implemented. Another issue addressed was the skepticism towards enlargement within the EU and the role it plays in slowing down the process. However, several speakers stressed that the lack of progress was in large parts due to a lack of political will in the region to implement fundamental reforms concerning the rule of law.
The discussion was part of Aspen Germany’s “Aspen Western Balkans Stakeholder Forum 2021”, kindly supported by the Federal Foreign Office through the Stability Pact for Southeastern Europe.
The entire discussion can be watched here: https://www.youtube.com/watch?v=HqeYSSweEgA