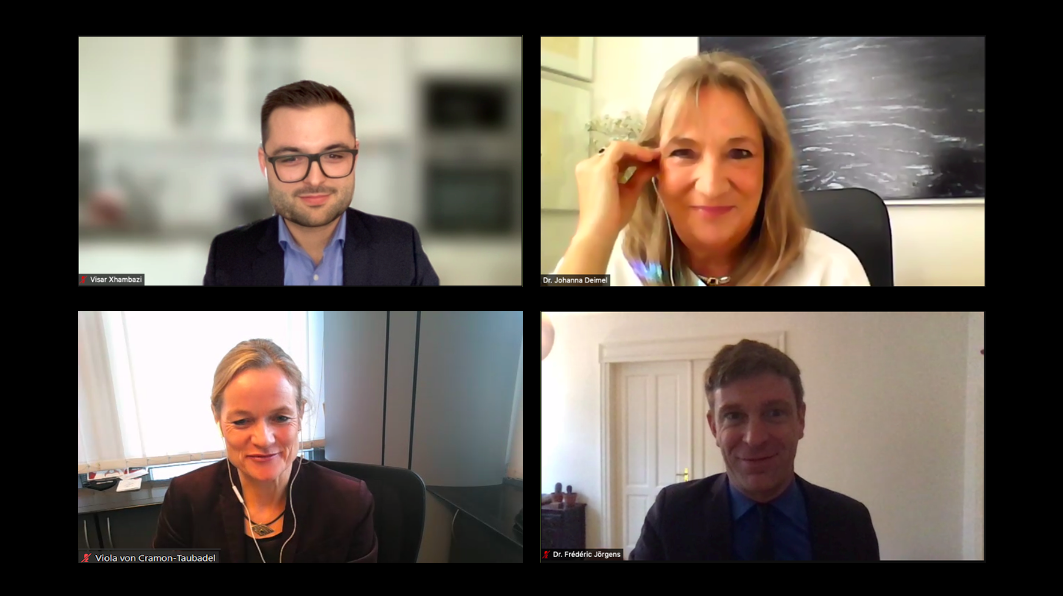 On December 7, 2021, the Aspen Institute Germany hosted an online discussion on the topic “Kosovo’s New Government – Expectations Fulfilled?” with Dr. Frédéric Jörgens, Deputy Head of the Western Balkans Division, German Federal Foreign Office, Viola von Cramon-Taubadel, Member of the European Parliament, Alliance 90/The Greens, and Visar Xhambazi, Policy Researcher and Project Manager, Democracy for Development (D4D). Dr. Johanna Deimel, Independent Analyst Southeast Europe / Western Balkans, moderated the discussion. The protest movement turned political party Vetëvendosje! won the parliamentary elections on February 14, 2021, with a clear majority on the promises of jobs and justice, meaning a strong focus on rule of law related reforms. Since March 2021 Albin Kurti, who has also been known for his nationalist position on a potential unification of Kosovo with Albania, has been prime minister of the country, after having served in that role for a few months already in 2020. The speakers focused on various topics regarding the domestic developments in Kosovo and relations between the country, the EU, and Germany. Points of discussion were the reform agenda of the Vetëvendosje! government, the local elections, the impact of the COVID-19 pandemic on social and economic issues, and the inter-ethnic relations in Kosovo. Moreover, the panelists addressed international issues concerning the possible impact of the new traffic-light coalition in Germany on the bilateral relations, the EU’s assessment of the reform process, and the lack of progress in the EU-led Belgrade-Pristina dialogue. The virtual discussion was part of the Aspen Berlin Policy Hub for think tanks from the Western Balkans, a project funded by the Open Society Foundations and the Federal Press Agency.