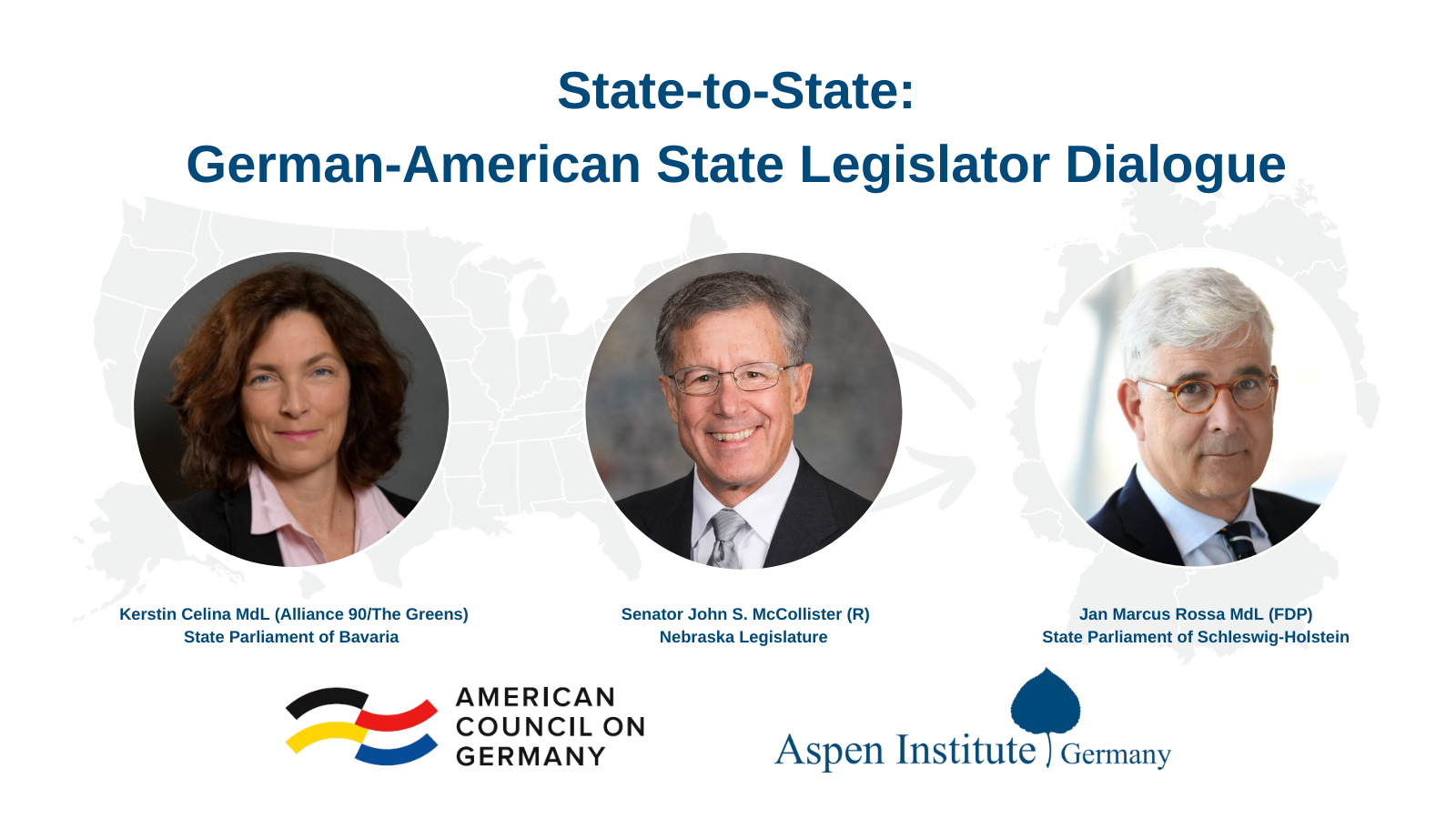 On March 2, 2022, the Aspen Institute Germany and the American Council on Germany hosted the fifth discussion in our virtual event series State-to-State: German-American State Legislator Dialogue with German and American state legislators. While global challenges are addressed by national governments, increasingly subnational actors such as states, communities, and cities have needed to step up to take action when traditional nation-states have been unable to make progress due to political polarization and partisan gridlock. This trend has also characterized transatlantic relations and the German-American partnership.
A common phenomenon that has marked the history of both the United States and Germany is that of immigration. The United States is often labeled as a nation of immigrants and the German Wirtschaftswunder would not have been possible without workers immigrating from abroad. Since then, immigration policy has moved into the center of public debate in both countries. In 2021, the United States has recorded some of the highest numbers of immigrants coming from South and Central America to the U.S.-Mexico border. In Germany, migration flows have slowed down after 2015 when large numbers of refugees fled war in Syria, Afghanistan, and Iraq. Nevertheless, large number of refugees take on the dangerous and often deadly journey towards the EU, fueling debates on how to address this issue on a policy level. Immigration policy is mostly a federal issue and yet it is the states and Länder that are tasked with ensuring successful integration. How can state governments help and encourage migrants to fully integrate into German and American society? What are the biggest hurdles in this effort for a successful economic integration and social inclusion? What does migration mean for businesses and the economy? How important are collaborative efforts across the different levels of government and with different stakeholders?
We explored these issues with Kerstin Celina (Alliance 90/The Greens), State Parliament of Bavaria, Senator John S. McCollister (R), Nebraska Legislature and Jan Marcus Rossa (FDP), State Parliament of Schleswig-Holstein. The discussion was moderated by Aspen Germany’s Stormy-Annika Mildner and Steven Sokol of the American Council on Germany.
This event is part of the State-to-State: German-American State Legislator Dialogue which the Aspen Institute Germany and the American Council on Germany have launched to provide a platform for subnational exchange amongst German and American state legislators and a broader audience on common transatlantic challenges. The project builds on Aspen Germany’s Laboratories of Democracy Initiative, a transatlantic exchange program for German and American state legislators.